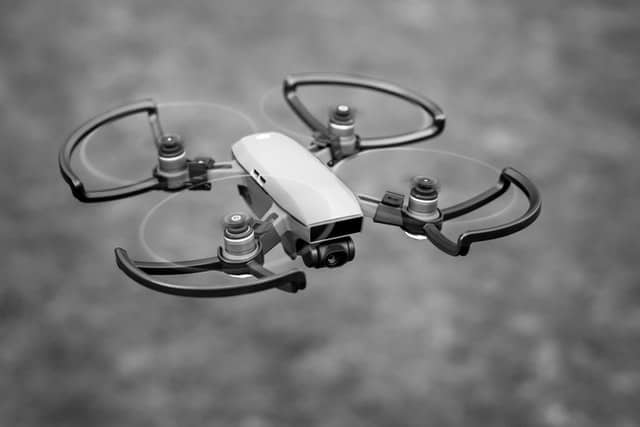 Manned surveillance is crucial to safeguarding every valuable, high-risk property. But manned security isn’t capable of executing patrols 24/7. Weather conditions also impede the patrolling schedule of manned guards, who have to wait inside for the weather to subside, to continue patrols. In such situations, drone surveillance is a desirous choice that can conduct patrols along with executing a deep scan of the perimeter. Moreover, it is now legal to use drones for security reasons while abiding by the guidelines issued by the state. Here are 5 benefits of drone surveillance:

Drones can be flown by licensed pilots and can be used to remotely monitor the security perimeter and the corners of the facility. Even if security guards are not currently on the site, a quick flight via drone can reveal the security status. Also, scaling large properties like hangars, large manufacturing plants, offsite construction is made easy by using drones.

Automated drone flights can be used to schedule drone surveillance. The drones power up and take the predetermined flight path before returning to the landing zone. They can also be programmed to swiftly reach the site of intrusion by setting up triggers and responses. Before the security guard arrives at the scene, the drones can send the security footage of the intrusion site and give insights on persistent threats, if any.

The human eye has its limitations and cannot see past dense foliage, heavy snow, and harsh rainfall. Drones have excellent low-light visibility and use advanced scanning technologies such as FLIR and night vision to scan any human presence around the security perimeter. They can present a heat map as well as collect images and videos and stream them directly to the security team.

Drone surveillance has flexible plans that are easily implementable at your facility. You do not have to train your security guard team to learn how to fly a drone. They are remotely managed by the security company itself and once they have the designated flight path, they can conduct round-the-clock surveillance without you having to lift a finger.

No comments to show.